Hello friends, Chanakya has made many things possible in his time, he has done some very amazing things because of his some amazing work he is considered as one of the smartest mind in the Indian History few examples of Chanakya Amazing work: because of Chanakya’s brain His student Chandra Gupta able to defeat Nanda Dynasty and become king.

It is said that Chanakya was the master mind, due to which Alexander the great was defeated in India, when he was out to conquer the world, it is also said that it was Chanakya who brought different kingdoms which had different kings and rulers together and made it Arya Varta. He made it a country which had only one governance that Arya Varta become India.

If we talk about today’s time when Dr. Radhakrishnan Pillai the author wasn’t getting success in his business, at that time his mentor suggested him not only learn from the management master Peter Ducker but also from Indian History Scholar Chankaya. Author followed his mentor’s advice he started learning from Chanakya too, at start he faced difficulties because it was really hard for him to understand Chanakya’s Sutras, because his sutras were quite tough but after putting lot of efforts Author finally able to learn everything. After following Chanakya learning Author able to face success in his business that too very quickly. He faced success so quickly that people start asking him the secret behind his success. Only then author thought of writing this (Corporate Chanakya) book in easy words so that people can understand it properly and nicely and can use it in their professional and business life. 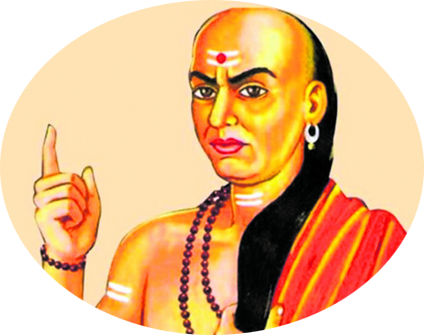 Author has made Corporate Chanakya Book in Three parts first Leadership, second Management and Third Training. Now I will share some important points from it so let’s begin…

(i) Leadership Equals Power: A very important point under leadership is Power. For thousands of years until today only those people able to go ahead in life or in any field who has power. Hence to be successful in business it is very important for you to be powerful and in order to become powerful Chanakya Ask you to focus on four things –

Chanakya Says that if person focus on this factor then that person will able to achieve other three factors as well Art of Punishment. In order to become a power leader it is very important for you to be tough and Understanding means to achieve your goals and targets you must know how to use Stick see it’s true that if a leader is too strict always give punishment then for sure others will hate him but if a leader act very sweet and lenient and never corrects anyone’s mistake then no one will respect him nor anyone will work properly therefore Chanakya says that to be powerful you must know the art of using Stick. Don’t be so strict that people fear to talk important things with you and never be so sweet or lenient that people don’t value your words

(II) Staying at the Top:

Chanakya says for ones it is easy to become powerful but staying to that position is very difficult hence in order to become good powerful admirable leader you must know how to have Self-Control: You must have control over your 6 negative emotions –

(III) Own law – we are able to stick to the ground we don’t fly because of the Gravitational law or force gravitational law keeps us to the ground similarly entire world is running in different-different laws and it is very important to have laws so that everything can work properly. Similarly every house, organisation and country’s should have such laws which keeps everything in control. Similarly even you maintain certain laws at your home and business and never break it as a leader you must make laws by considering three things –

Example: if a hungry man stole food to survive then rules for such person should be less strict compare to the person who poor people’s food just for fun and enjoyment.

In ancient time, the most important place for any kingdom was Kings Empire( King’s fort).From king’s fort they use to control the entire kingdom, there used to be their Treasury from there they used to control and command their army from there only they used to discuss strategies with their Wazir commanders and intelligent people etc. They used to rule from there, therefore whenever any enemy use to attack the fort and used to win then they were considered as winning the entire kingdom. Fort used to be very important if we talk about today, then today’s fort is leaders office or the place where leaders work on which his control is really very important.

Leader should have control over three things –

As per Chanakya the best Strategy is that a powerful leader should focus on Treasury and army and should allow trustworthy people to handle business.

The way it is important for a tailor to take measurement twice before cutting the cloth so that tailor can be sure about the measurement and can avoid wrong cutting of cloth. Similarly every individual should think before speaking, should think twice before saying anything. If you want to be a powerful leader then it is very important for you to keep secrets of important things and never say anything which can create problem for you, don’t say things unless it is not very important two big reasons because of which a leader should never share a secret are:

Chanakya Enemies use to fear him, forget about enemies even Chanakya’s friend never used to know about his next move or plan.

A person who can handle any type of situation is really a very powerful person. Chanakya says that the three most common situation which can come in front of the leader are –

Chanakya says you can handle situation in two ways first to remove solution after facing the situation or second to have a plan already, like if problem arises what you’ll do means to always have a backup plan. Have someone to answer no one likes to have a boss who always shouts at them but reality is we should always have that someone to whom we can answer should have someone it can be friend, mentor or anyone should have someone to whom we can answer what we are doing and going to do etc. Because this thing will keep us properly on the success track these were very few information from very amazing and informative books.